Con legal battles seem to the latest fad and even though this latest one isn’t between two conventions, it is about the name of one. Mad Monster, which puts on several conventions of the same name around the country (as well as right here in Phoenix), posted on Facebook that they are being “sued”… by Monster Energy.

The sports energy company is requesting the that Mad Monster not be allowed to trademark their logo. The entire Facebook post can be seen here: 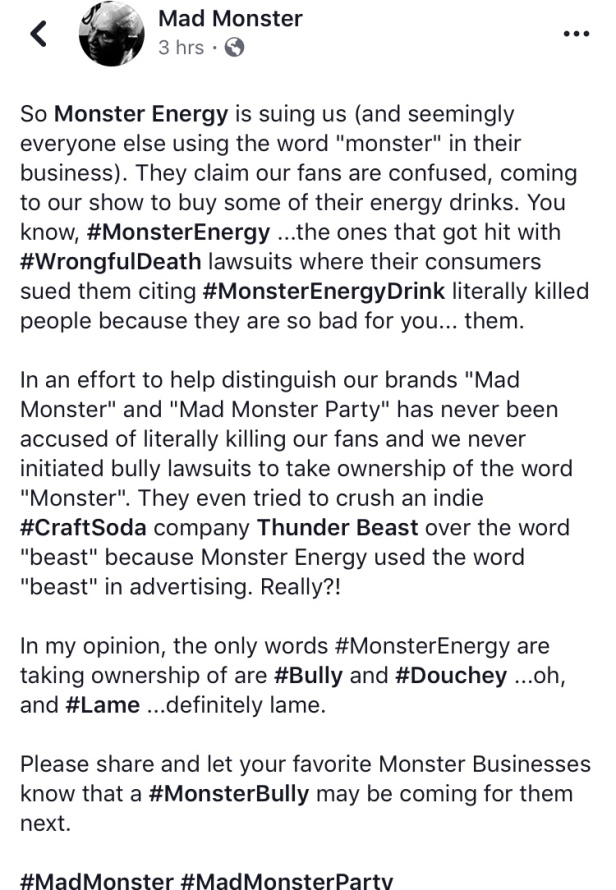