Welcome back to our three part series of “What if Legion of Sand had its own comic convention”. If you missed the first entry, you can check that out right here!

It would be easy to list every mega rockstar individual who has anything to do with comics but I am trying to do this make belief convention with a certain realistic expectation approach. So with that said, here are a few more names I would to try to book out at my own convention.

If you grew up in the 90’s and you were into comics, chances are you watched Batman: The Animated Series and appreciate how good of a show it was. Not sure if all four have ever done a panel together for the show but it sure would be an interesting time. 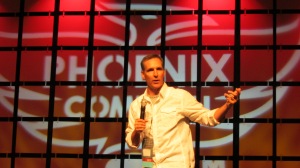 Two huge names not just from Image but in comic history. From Spider-man to the The Walking Dead, a panel featuring this two would be standing room only. Coincidentally, I got my picture taken with them the past two San Diego Comic Cons. 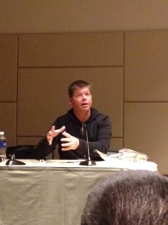 The one character you see cosplayed at EVERY convention? What character do you see merchandise for at every Walmart, Hot Topic and comic book shop? The same character is who is insanely popular that has not seen a huge push in the movies (Wolverine Origins doesn’t count)? Deadpool! You gotta have the creator of the most popular characters in the industry at your convention. I met Liefeld at three different conventions this year and the guy always has a line of fans.