We are still about a month out from the next convention in Arizona which is Comic & Media Expo but the con news has slowed down a bit since the summer is wrapping up so I decided to create some content to fill that void!

What if Legion of Sand had its own comic convention, who would we ask to appear at the convention? This is just a few of the names in the first post of three.

DeConnick is a huge name in the industry at the moment with titles like Captain Marvel, Pretty Deadly and Bitch Planet. She has a huge following and is a great guest that appeals to female comic fans. She would be number 1 on our list. 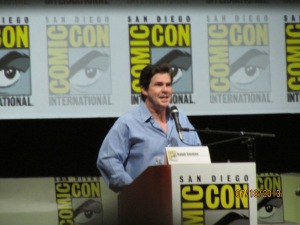 Garman has credited comic work under his belt with the recent ’66 Batman meets Green Hornet mini series that he co-writes with fellow Hollywood Babble On podcaster Kevin Smith. Garman also can been seen/heard in most of Seth McFarlane’s work such as Family Guy and Ted. 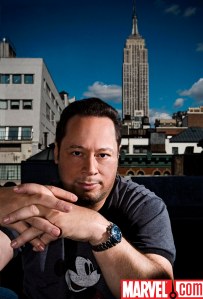 The current Chief Creative Officer of Marvel has spent plenty of time working on titles such as Azarel, The Amazing Spider-Man and Daredevil.

I recently met Joe at San Diego Comic Con and have been a fan of his 1992 Marvel Masterpieces trading card set since their release. The guy does amazing art that is still pretty unique to this day.