We had quite the year in Arizona for pop culture conventions and the guests we saw come into the state were solid. Let’s countdown the top 10 Arizona convention guests of 2016!

The veteran actress from Torchwood doesn’t make many convention appearances compared to who former costar John Barrowman but she is nearly as raunchy.

You might not be familiar with Kappei Yamaguchi but his list of work is a long and impressive one. From characters such as Ranma, Inuyasha, to the Japanese voice of Bugs Bunny, having a Japanese legend of voice acting attend one of our cons was pretty awesome. 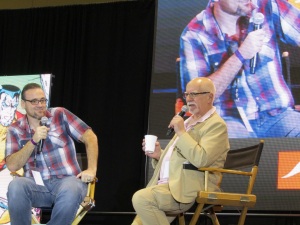 While X-Men legend Chris Claremont is no stranger to Arizona, this was a pretty big appearance as it was just months before the X-Men: Apocalypse was released which is a film that has his fingerprints all over it.

A few conflicts had prevented me attending Darin De Paul’s panel during Game On Expo but I did get to speak with him for a half hour or so as we have a mutual friend. Besides his long list of theater appearances, he has also do work for many animations and video games including big roles in the uber popular Overwatch and the recently released Final Fantasy XV.

You don’t have to watch wrestling to know who John Cena is. He is one of those rare wrestlers whose popularity has bled into pop culture. From hosting award shows to roles in popular movies, John Cena is everywhere.

The CW lineup of DC shows are still going strong and getting not one but two of the main characters from the various shows was a big get for Arizona. Many fans wished they had done a panel together however.

Much like Chris Claremont, Rob is no stranger to Arizona. What made this year so special however was that he was here on opening day of Deadpool, the character he created in the pages of New Mutants who just might be the most popular character in comics. Rob also announced during his panel that this was going to be his last appearance in Arizona for the foreseeable future.

One of the hottest shows of the summer was Stranger Things and Arizona didn’t have to wait long to get guests from the show. Getting David and Millie, two of the main characters of the show, in Arizona so quickly after the show was pretty impressive, we never seem to be that lucky. 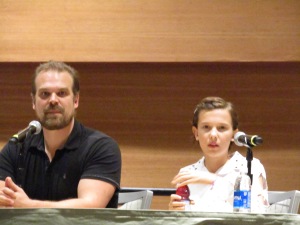 Say what you will about Dragon Ball Z but Chris and Sean voice two of the most popular animated characters on television. Fresh off a successful Dragon Ball Z film, the voices of Vegeta and Goku made a stop in Arizona. 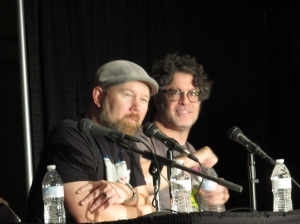 I went back and fourth all year on going to TusCon just for GRRM, the writer of the hit book series A Song of Fire and Ice (Game of Thrones!) and when I was settled on going, it was too late. Either way, getting George to Arizona’s longest running fantasy and science fiction convention was a huge accomplishment. 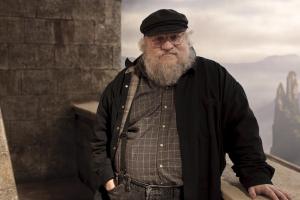