Our final entry in the Game On Expo Article Series this year (for more from this year and years past, click here) comes to use from Courtney Smith. Huge thanks to her for awesome contribution to Legion of Sand and you should give her a follow on Twitter!

Whether or not you consider yourself a gamer, you’ve seen some kind of wacky device or peripheral come into the gaming scene that was designed with the high hopes to enhance or revolutionize how people interact with their games. Some of these, in fact, were quite successful (think the Wii Fit balance board) Some are obvious cash grabs to try and capitalize on a console’s success. And some are an utter tragedy, fated to be remembered in infamy, or fade away as a forgotten memory of something that should have never been conceived.

Pop culture has showcased some of these controllers before, so this article isn’t about some of the most iconic ones (sorry Power Glove. At least you had your own movie with “The Wizard”) Even R.O.B. at least he got to see a second life as a playable character within the Super Smash Bros series.

No, we’re here for some of the oddest controllers to have graced the gaming scene that you may have never seen before. And with good reason. 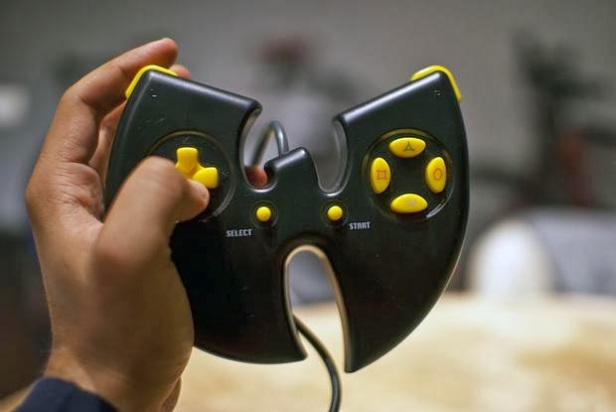 In 1999, Activision released Wu-Tang: Shaolin Style for the Playstation; a game based on the famed hip hop groups’ stage personas and the martial arts themes in their music. To commemorate the release, this controller was designed after the Wu-Tang clan’s logo. The controller was known to be uncomfortable, clunky controls and the cheap materials meant that that most of these would malfunction. Those pointed edges may be more useful for taking out the opponent in your living room rather than in-game. 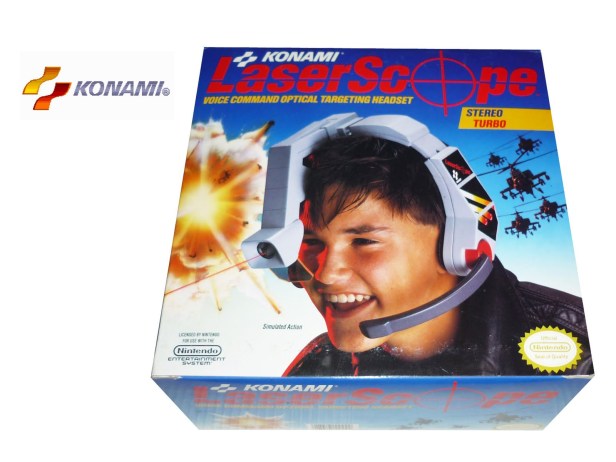 If aiming with your thumbs was too plebeian for your gaming skills, pick up the Konami Laser Scope for the NES. Aim your scope module at the screen and then yell “FIRE!” to then shoot at your target. Good luck not trying to annoy your family or roommates (and please do NOT try to play this in a public setting. May cause a lot more confusion. Or at least a decline in your social cred ¯\_(ツ)_/¯). 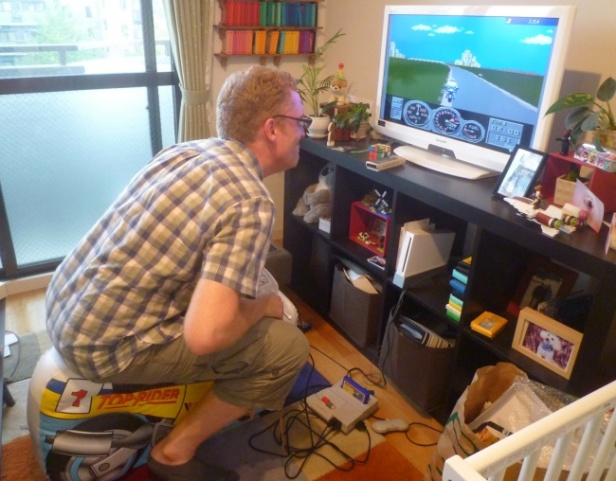 This inflatable motorcycle was created for the game Top-Rider, released only in Japan for the Famicom. This inflatable is meant to be the primary way to play the game and keep it immersive. You can’t play the game with a normal controller without a cheat code. It’s more proof that early gaming eras viewed gaming as a child’s toy. As an inflatable, this is a delicate controller, so I wouldn’t trust myself sitting on it! 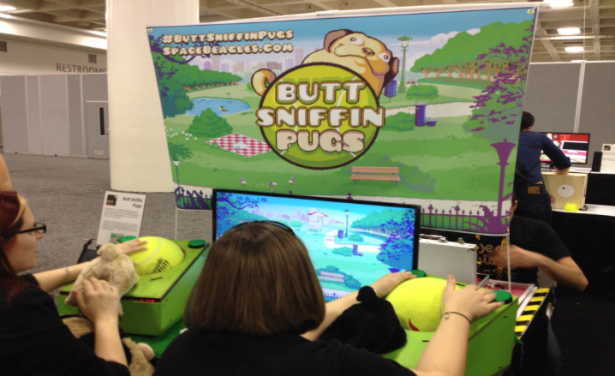 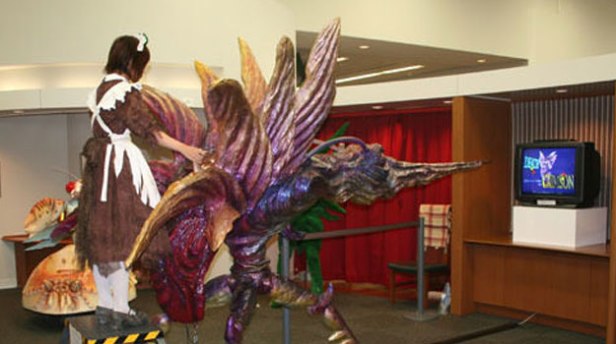 The idea that video games are art have been taken to extremes with this manifestation of an artist’s love for the King of Kusoge (“crappy game”), known as Death Crimson released in Japan for the Sega Saturn. This is a light-gun game so atrocious, it has a cult-like following where players are proud that this is the lowest rated Saturn game ever and unquestionably one of the worst games ever made in gaming history.

Artist Sumi Takamasa crafted this 110 pound controller that can be pivoted to aim and shoot at the TV and also features its own built-in Sega Saturn that’s been glued shut with a copy of Death Crimson inside. This piece of art lives at The Wonder museum in Fukuoka, Japan.