This is the final installment of my San Diego Comic Con recap. I don’t normally do Sunday at Comic Con because I like to get home as soon as possible to get the boring drive over and done with.

My Saturday started out at breakfast at running into some of the staff from the SDCC Unofficial Blog who’s party I had attended Wednesday night. I got to the convention center and explored until it was time for the Chris Claremont signing at the CGC booth.

I decided to check out the Hall H line because word was that it wasn’t that hard to get in early on and true enough, I got into during the Pride and Prejudice and Zombies panel featuring Matt Smith and Natalie Dormer among others.

The next panel was The Hateful Eight directed by Quentin Tarantino. The panel started with an introduction video by Samuel L. Jackson who also stars in the movie. The filming process was explained: it will be shown in 70mm format and panavision in a road show type tour of the country. After that video, I think we were all experts on ultra panavision film format.

The panel continues with Chris Hardwick moderating. The panelists included Quentin Tarantino, Kurt Russell, Walter Goggins, Jennifer Jason Leigh, Michael Madsen, Bruce Dern, Tim Roth, and Demian Bichir. A lengthy trailer was show for the film introducing all of the characters and then an audience Q&A was held. It was announced that Ennio Morricone will be writing for the score for the film!

My kid had fallen asleep at this point and even though I wanted to stay, I decided to leave Hall H and join my wife in the Indigo Ballroom at the Hilton Bayfront so that my kid could nap with space. I got in toward the end of The Awesomes panel, a new animated comedy on Hulu from Seth Meyers. I actually enjoyed the panel because everyone was trying to make each other laugh on the panel.

Next up was John Barrowman from Arrow, Torchwood, and Doctor Who. If you’ve never seen a Barrowman panel, you should really try to attend one. The raunchiness was turned down a bit but he was still hilarious and very entertaining.

Later that night, my wife had a ticket to the Nerdist podcast recording with guests Maisie Williams, Tom Hiddleston, Guillermo del Toro.

That was my San Diego Comic Con 2015! I had a total blast and can’t wait to return for my eighth trip to the Gaslamp district next year 🙂 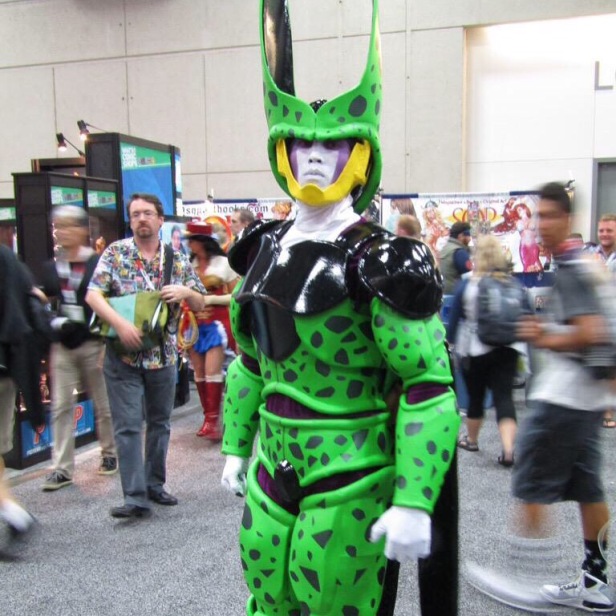 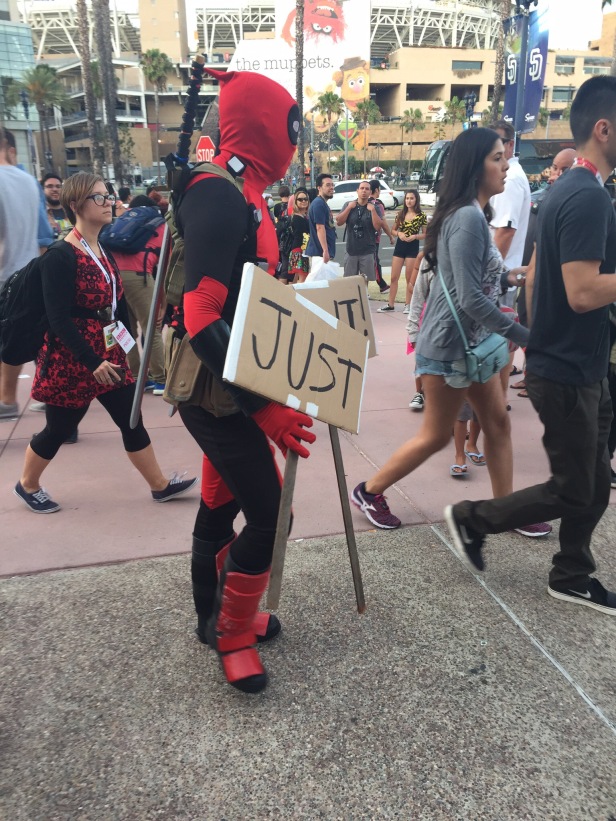 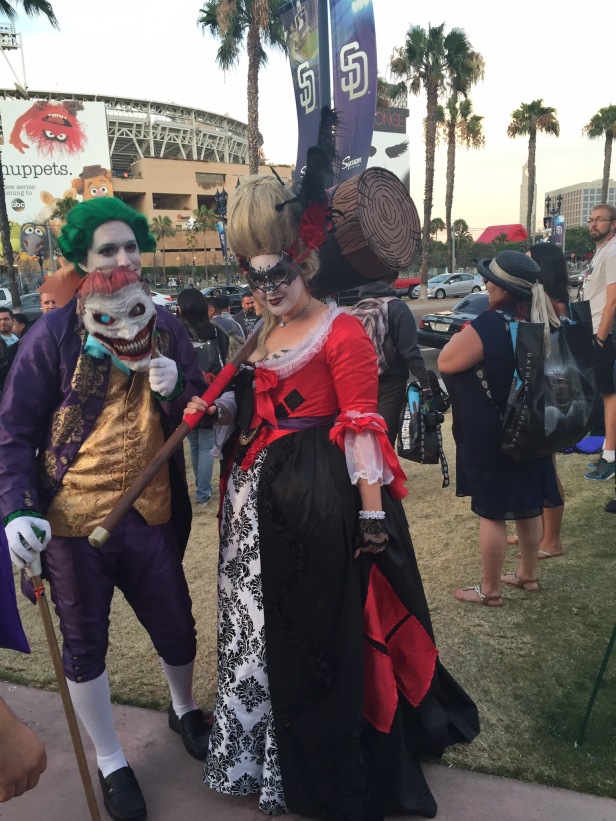 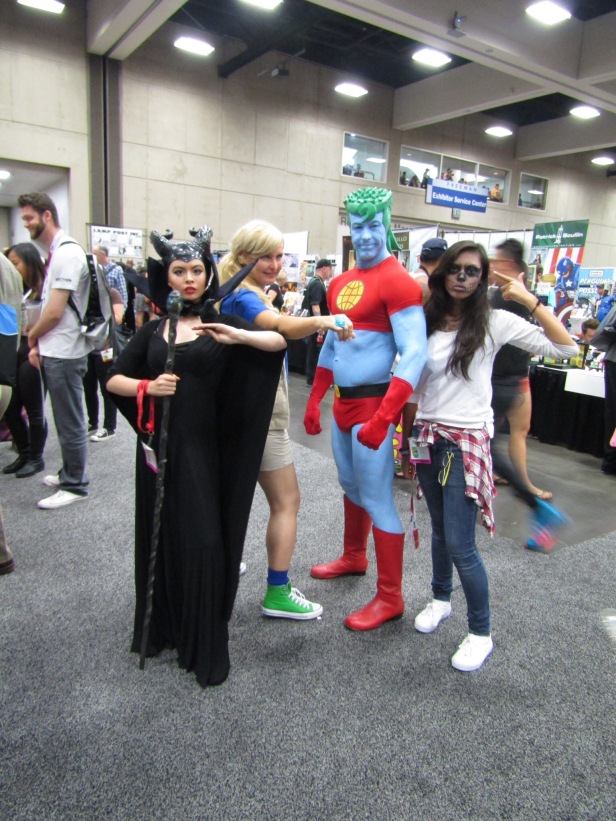 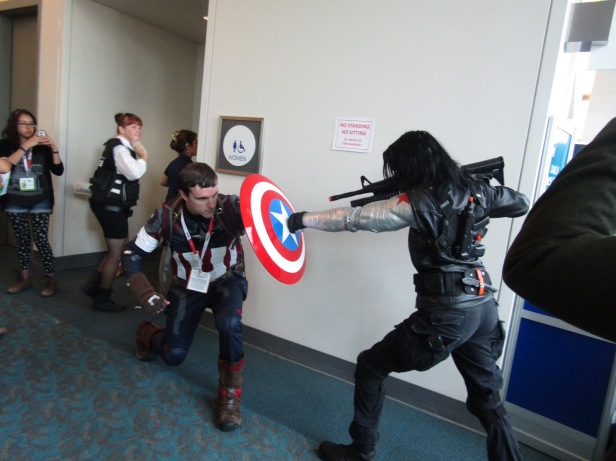 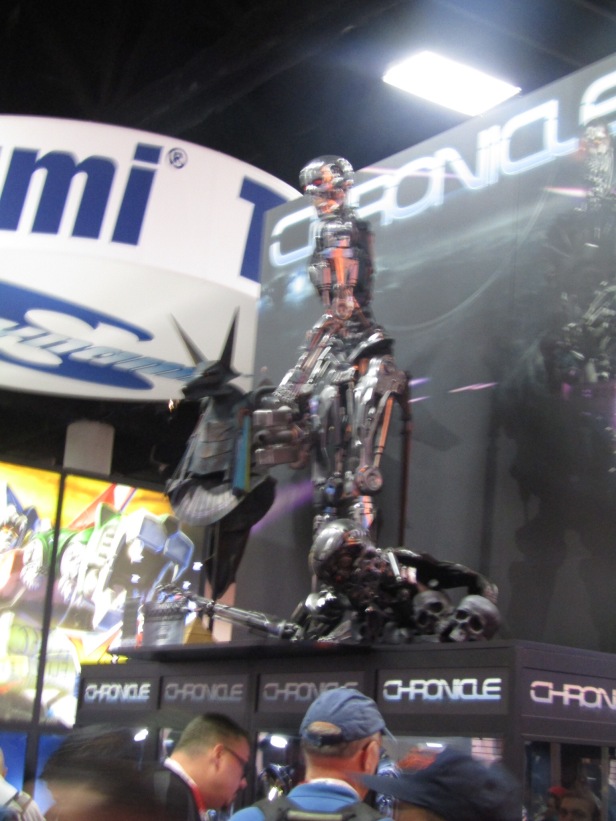