I had seen the original Mega Man in stores and remember thinking the game looked dumb based solely off the horrible box art and hence I skipped ever playing the game.

Jump to January of 1990 and I had seen the sequel, Mega Man 2 in stores for a few months and briefly looked over gameplay screens in a magazine (plus it had slightly better box art this time around). It was my near my birthday and on a whim I asked for it and sure enough, I received it as a gift. I fired it up and the first robot master I decided to challenge was Metal Man and I was hooked. 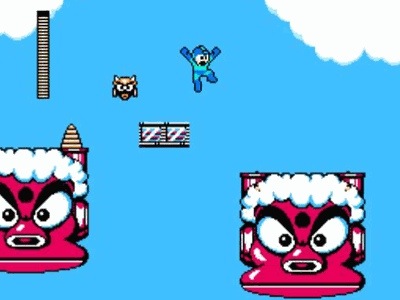 Two things really stood out to me after hours of playing: the difficulty of jumps and the best soundtrack I had ever heard in a game to that point (fellow Capcom developed game Ducktales would go on to rival Mega Man 2 for best music).

I didn’t have a guide to know what order to defeat the bosses in, it was all trial and error to figure out which acquired weapons worked against each boss. Then the eventual progression to Dr. Wily’s castle and the challenges that awaited.

Defeating the game was a moment of pure joy and it felt like a true accomplishment.

I still play Mega Man 2 every couple of years and still enjoy the music as much I as did on day 1. A true classic and that I will always adore.